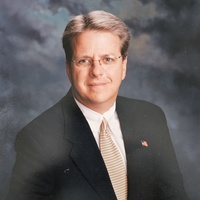 Bobby is a long time Mount Holly resident. He founded the Robert Black Insurance Agency in 1999. Bobby has made a huge impact on the community and has served Mount Holly in numerous roles throughout the years. In addition to being a Mount Holly "Man of the Year", Bobby served as the Mayor of Mount Holly, he was on the Historical Society and currently serves as the secretary and is on the board for the Police Foundation. Outside of work he enjoys spending time with his children, Anna and Joe, his lovely wife Melanie, and their five grand children.